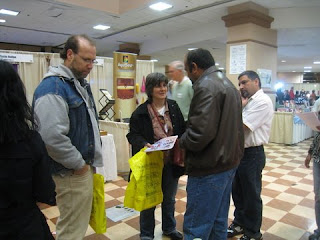 Here we post updates and news about the Missionary works that the following of His Holiness Imam Mehdi Gohar Shahi does.

The following of Imam Mehdi is a diverse group of all faiths, religions and nationalites.

A Muslim says, "I am superior to all." A Jewish asserts, "I am even better than the Muslim." And a Christian says," I am greater than both the Muslim and the Jewish, and the rest of the religions, because I am from the Nation of God's Son."
His Holiness Gohar Shahi, however, declares that superior and the best of all is the one that possesses God's Love in his heart, in spite of his disassociation with any religion.